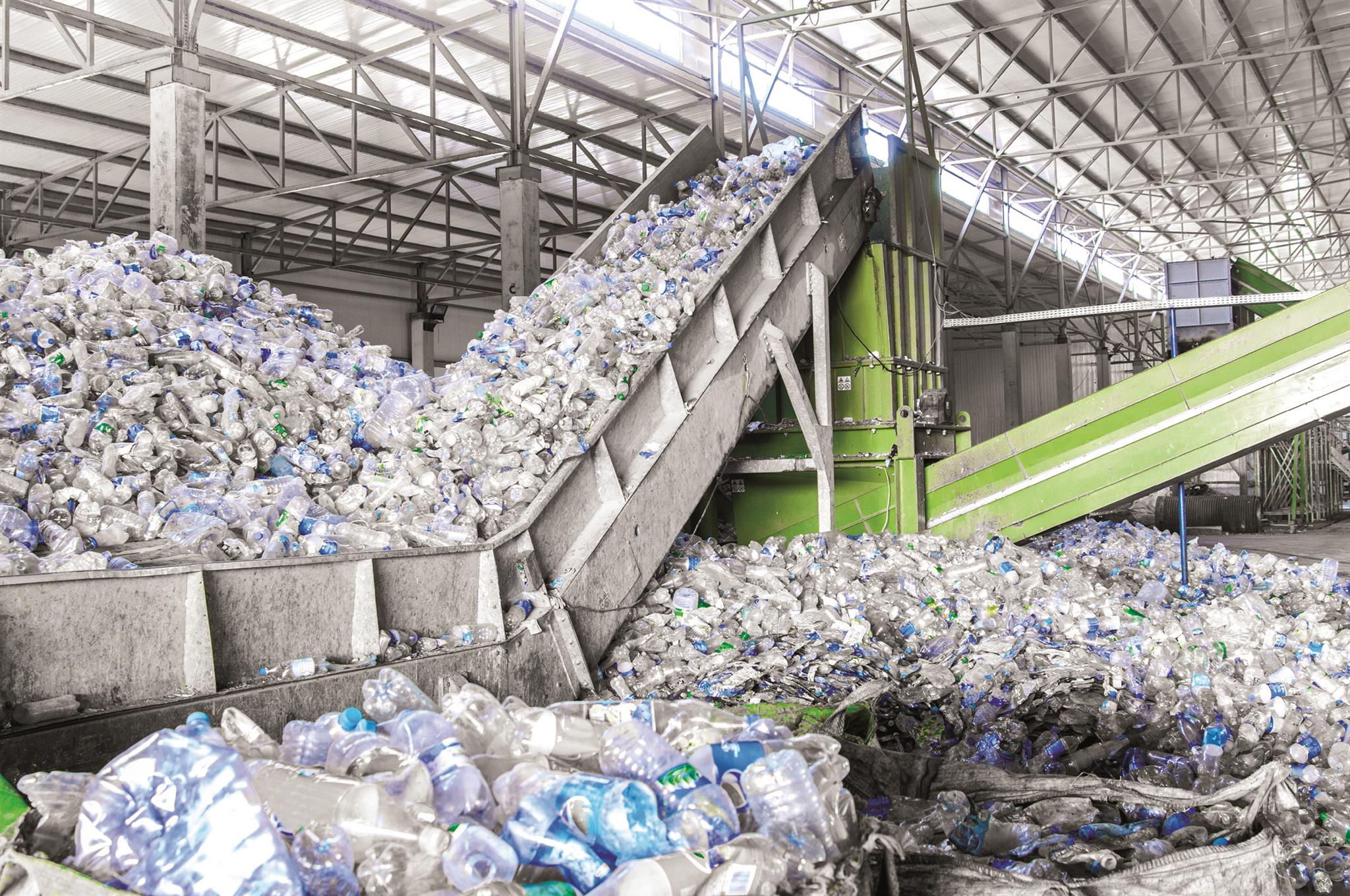 Though decades of under investment has left plastic recycling with a mountain to climb, the situation remains salvageable, writes Barry Twigg

Most of us accept that global warming is the biggest problem facing the Earth today.

All around the world there are forests being consumed by wildfires, these can be measured in thousands of square miles. Meanwhile, flooding worldwide increases year after year. Both these catastrophic events cost lives and the loss of homes and habitats for both animals and humans.

As a consequence, it is vitally important that the materials we choose for packaging have the lowest carbon footprint and their manufacture and use produces the lowest possible greenhouse gas emissions.

Unfortunately, the current emphasis on ‘Sustainability and Recycling’ when choosing packaging materials can and does produce exactly the opposite effect. This is due to ill-informed pressure from their customers on the supermarkets and brand owners, who, as a consequence are constantly seeking to replace plastics with alternative materials. In every case, whether the replacement material is glass, paper/board, or aluminium, they all generate more greenhouse gas emissions in their manufacture than plastics. In addition, each of these materials consume more of the Earth’s resources despite being more readily recyclable.

That said, whilst the majority of plastics can be recycled, here in the UK there has been a palpable lack of investment in their collection, separation and recycling. This under investment has continued over many years resulting in less recycling of plastics than their packaging alternatives. This lack of investment is blamed on the plastic manufacturers, the plastic suppliers and the supermarkets, or indeed anyone but the local authorities who are responsible for our domestic waste handling and disposal. 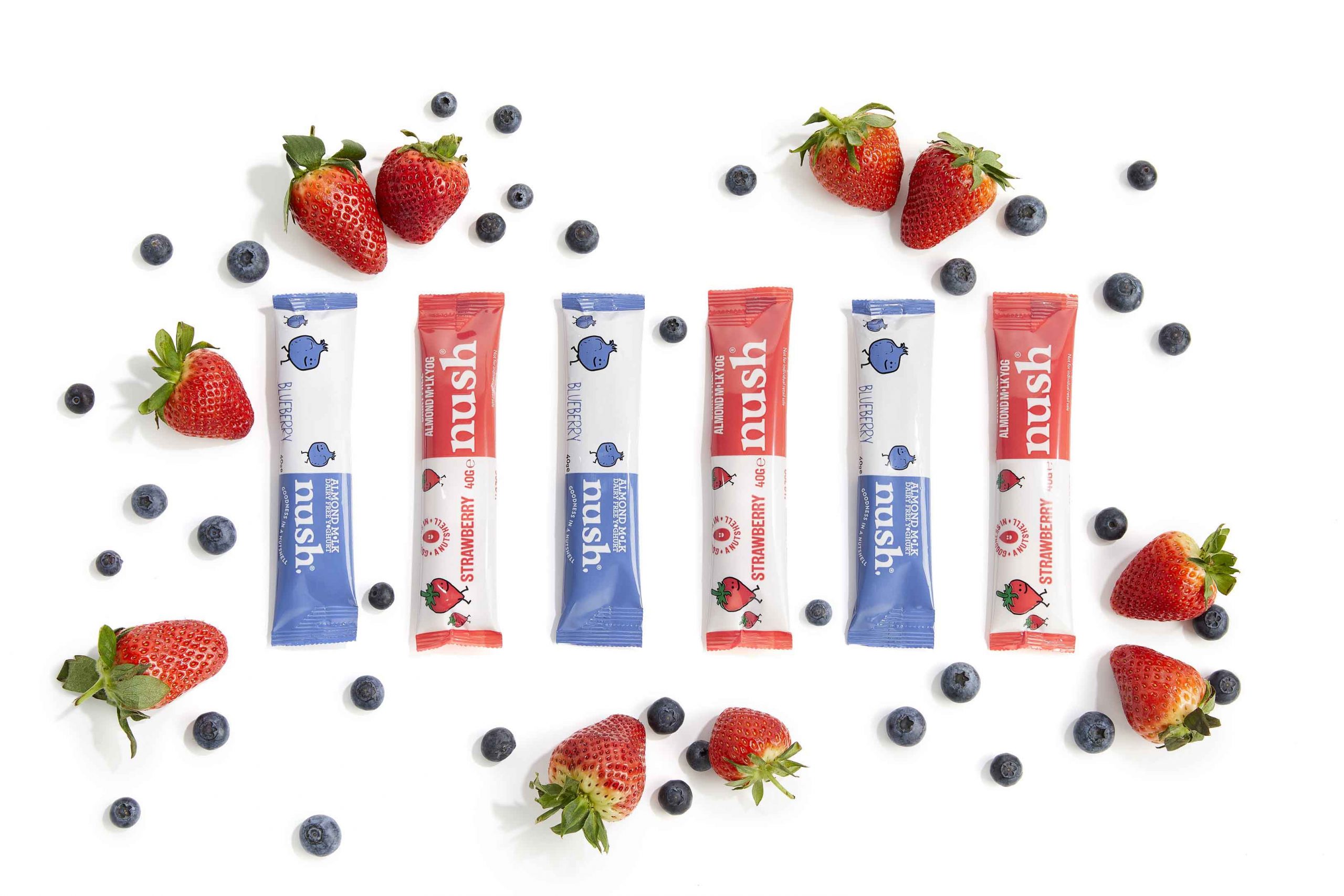 This view is held despite the fact that the plastic industry already pays some £280-300 million PA for ‘Plastic Recovery’, more than any other UK industry!

According to a recent paper (2020) from Imperial College London entitled Examining Material Evidence the Carbon Footprint, the carbon emissions from the production of plastic bottles are lower than those from any other material, including glass, aluminium or tin. Glass being by far the worst alternative from a carbon footprint perspective. The writers claim in this report, that if all plastic bottles used globally were made from glass instead of plastic, the additional carbon emissions generated would be equivalent to those produced from 22 large coal fired power stations. (87.4 million tonnes). This is equal to 25 percent of the UK’s total annual CO₂ emissions. 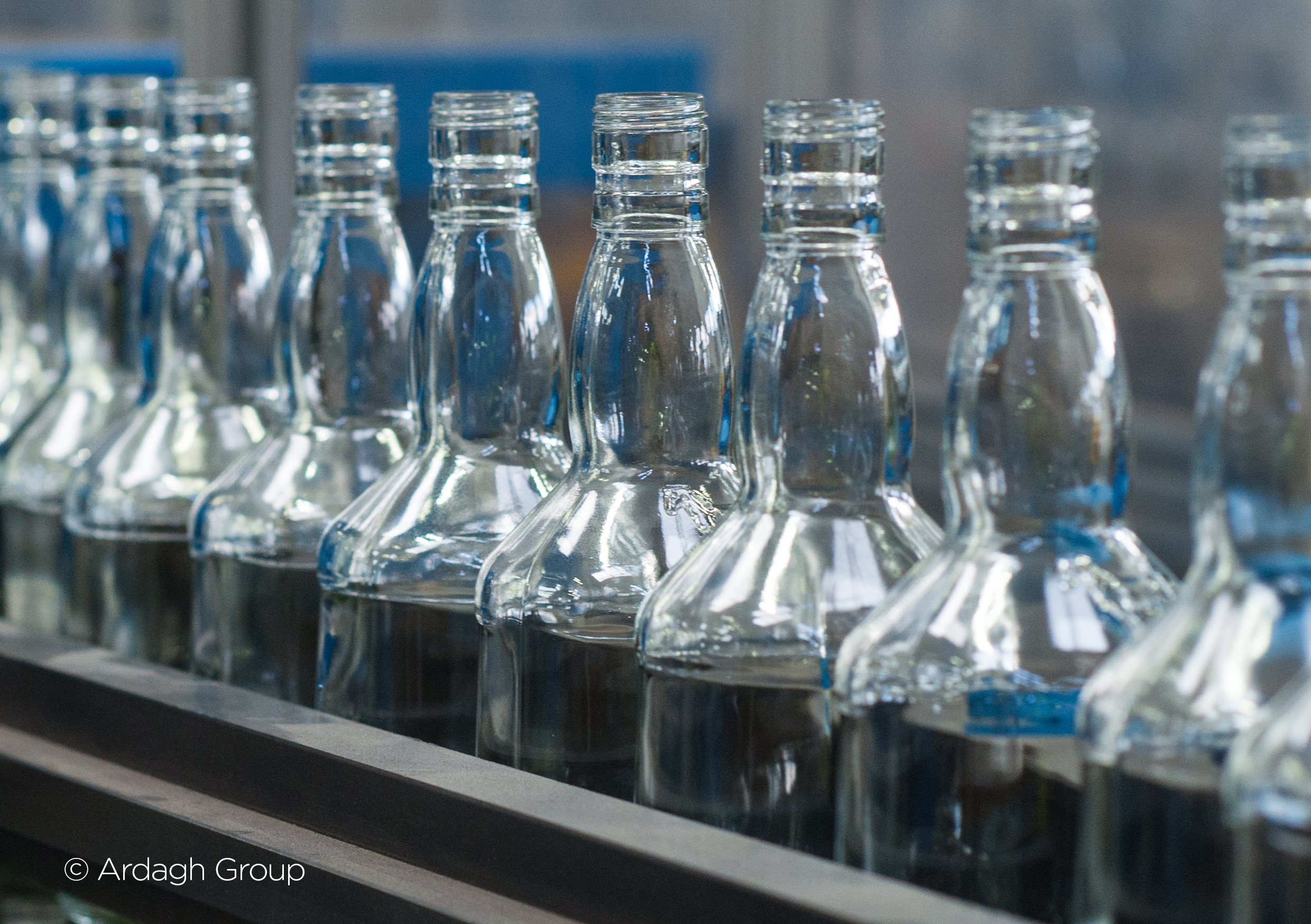 If we then consider how easy it is to recycle plastic bottles it becomes even more difficult to understand why we should even have any glass bottles or jars. There are 45 countries worldwide with deposit return schemes (DRS) for bottles. These are effective in collecting all bottles and making them easy to sort for recycling. Just one example is Norway which using DRS recycles 95 percent of their plastic bottles.

Here in the UK, we use some 7.7 billion plastic bottles per year and recycle only 55 percent. As the current government recycling target for plastics is 59 percent it would seem that just one piece of legislation could easily take our plastic recycling percentage way above the current target. Meanwhile, somewhat amazingly, the Government continues to ‘consult’ on the proposal to introduce a DRS in the UK.

A final consideration of glass vs plastic from the Imperial College Paper is that glass bottles are some 20 times heavier than plastic. Therefore, for every HGV we have on UK roads carrying the contents in plastic bottles we need an additional 19 HGV if they are carrying glass.

Aluminium has a higher potential recycling rate than either glass or plastic, and, as a consequence, can be claimed to be a more ‘sustainable’ material than either of the other two whilst the weight per can is just 3 times that of a similar size plastic bottle. However, unbeknown to most of the public, inside every aluminium can there is a 4 gram plastic lining which prevents the cans contents coming into contact with the aluminium. This plastic lining ensures aluminium poisoning cannot occur. However, when aluminium is recycled, this plastic lining is incinerated. In effect for every 3 aluminium cans recycled, the equivalent to 1 plastic bottle is ‘lost’ (lining 4gms – plastic bottle weight 12gms). 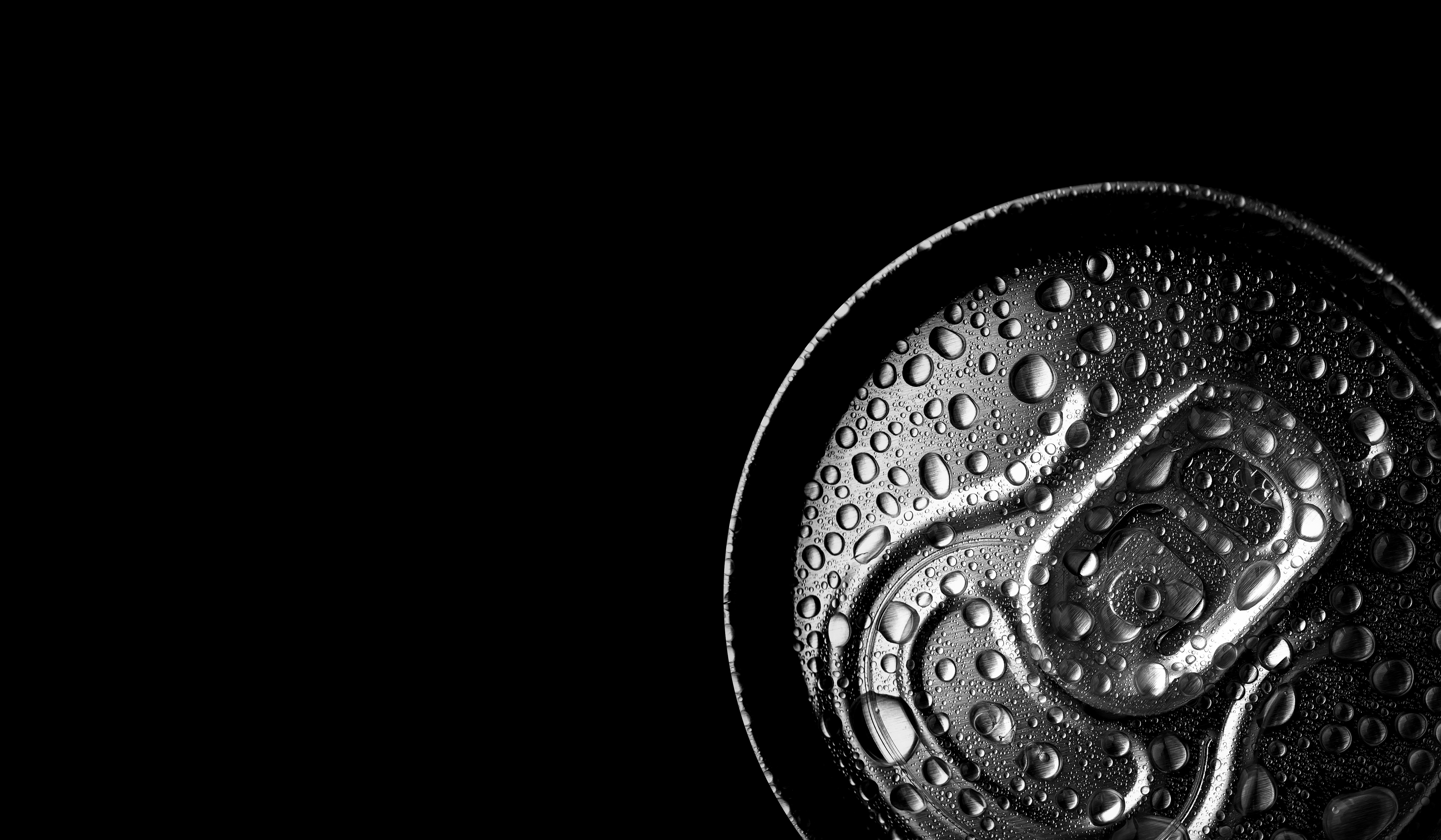 In addition, according to Google, aluminium production is one of the most energy intensive and polluting manufacturing processes on the planet, creating some 175 million tonnes of toxic waste (red mud) every year. This mud contains highly toxic heavy metals and is damaging on contact to both animals and humans, indeed people have died when mud slides from slurry ponds have occurred.

Whilst up to 90 percent of all aluminium produced is still in circulation there are some 2.3 billion tonnes of this toxic sludge stored around the world, the majority of which is in China. To give some context to the energy required to produce aluminium, the CO₂ emissions produced worldwide are calculated at 861 million tonnes PA, contrast this with the UK where we generate around 326 million tonnes of CO₂ PA.

Yet aluminium, like glass, is promoted as environmentally superior to plastic as both are more generally recycled. Thus, more ‘sustainable’.

The Environmental Reasons – Why we should use more plastic

It is apparent from the foregoing that selecting liquid packaging materials primarily on their recyclability or sustainability does not mean these are the best environmentally and similar comparisons can be made in food packaging.

Plastic is inert, low cost, lightweight and durable. It is ideal for food packaging as it protects the food from pathogens, pests and humidity. However, its biggest benefit is the extension of the food shelf life. This not only gives more time for transport and storage prior to use but also more critically reduces food waste.

According to the UK Food and Agricultrural Organisation worldwide, around one third of all food produced is wasted. Circa 1.3 billion tonne PA. The UK contribution is calculated to be circa 9.5 million tonne (18 percent of UK production). Of this, it is estimated that households throw away circa 4.5 million tonnes of food which is still edible.

These figures show that in fact allowing for unneccesary food waste thrown away, the UK actually loses less than 10 percent of food from “fork to plate“. This low figure is due to the efficient farming procedures of the UK allied to the UK food manufacturers and supermarkets handling and packaging procedures, which, for perishables foods, invariably means using plastic packaging.

As an example, meat, which is environmentally expensive due to its high carbon footprint. When meat is vacuum packed with an oxygen scavenger, it has a shelf life of 30 days.

Without its plastic packaging it is inedible within 3-4 days. Imagine the benefit to the world’s population if this plastic packaging could be introduced worldwide. Particularly to some third world countries where food waste exceeds 40 percent. How many more of the world’s population would be better fed if the current 1.3 billion tonnes of food wasted worldwide was reduced by around 1 billion tonne per annum? 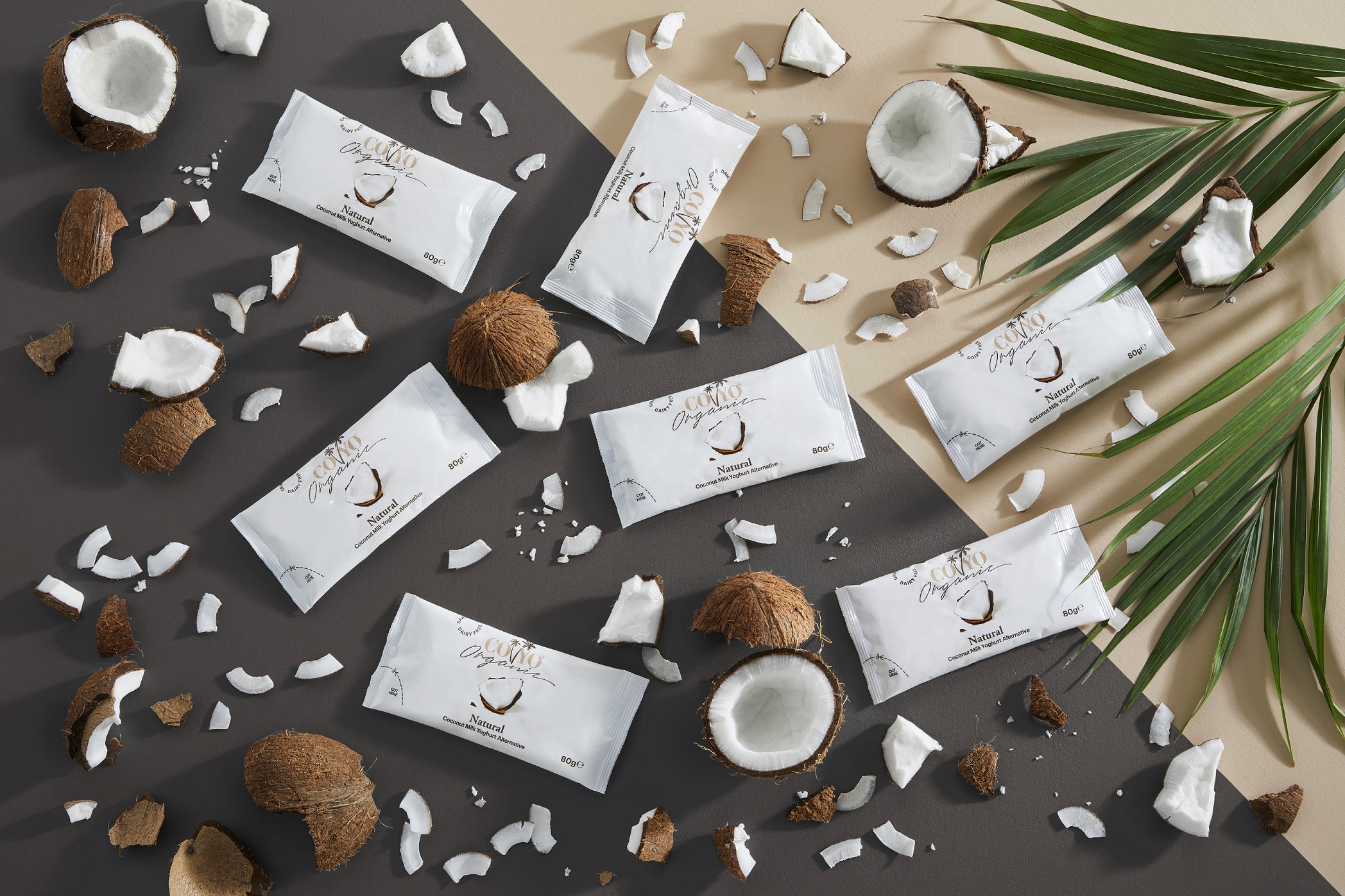 Equally beneficial would be the reduction in greenhouse gas emmissions where food waste at 24 percent is claimed to be the third highest contributor to global warming after China and USA. It becomes self evident that the more food is packaged, the more plastic is used, the lower the food waste, the lower the greenhouse gas emmissions, the less global warming.

Whilst all plastic is currently recyclable, either mechanically or chemically, it is obvious the current pre-occupation with sustainability and recycling is resulting in more global warming. The alternative strategy of more investment in plastics and collection and recycling would give more food sustainability and as a consequence reduce global warming. 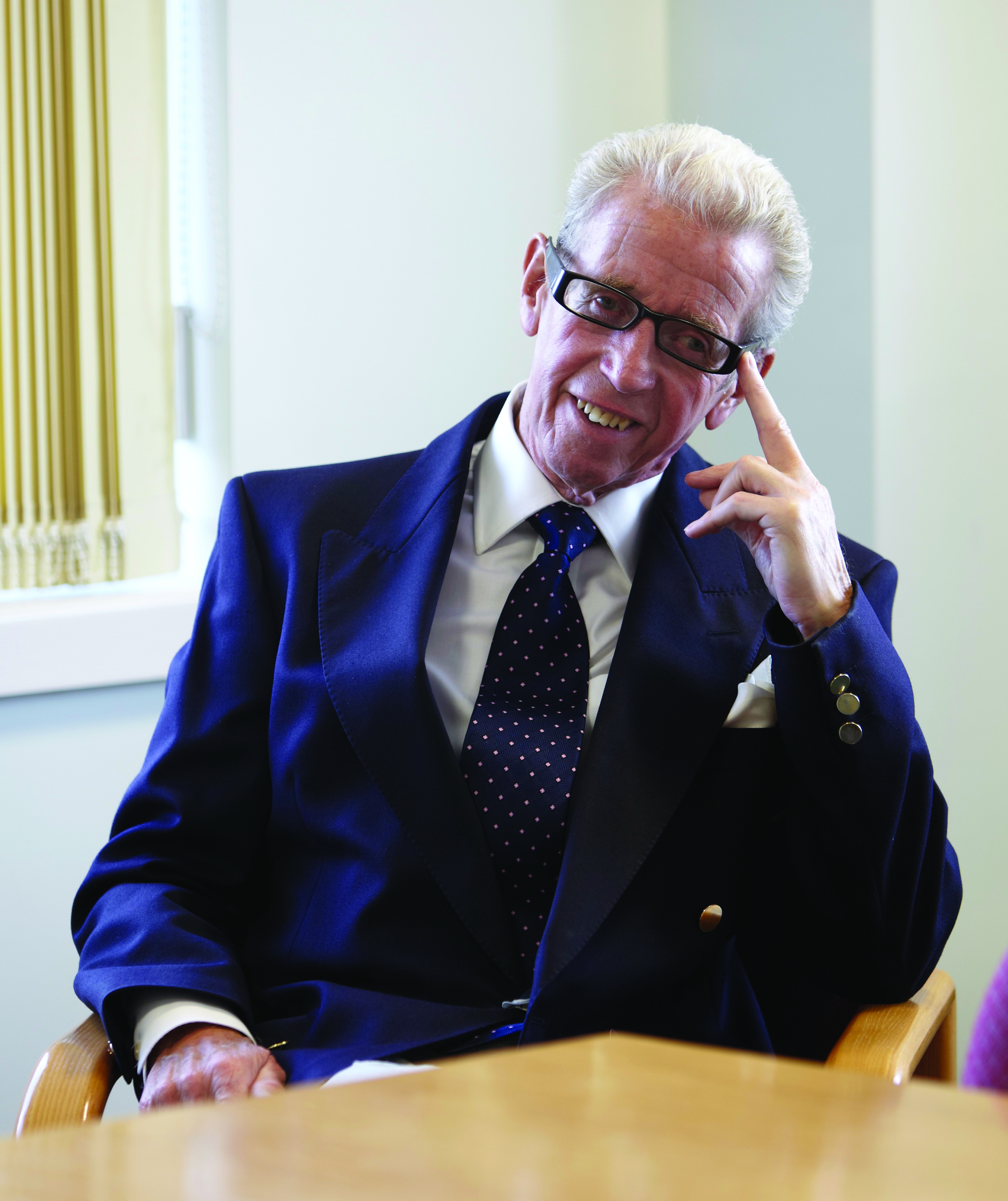