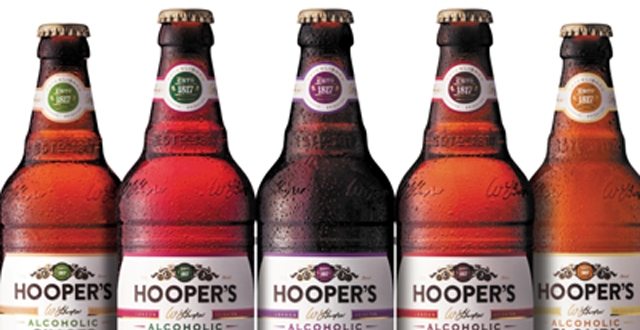 Global Brand’s impressive line up of RTDs have been at the forefront of an impressive turnaround in the off trade RTD category in 2014.

These market leading RTDs have been attributed with kick-starting growth and delivering an impressive 113% growth in sales*.

One of the best performers in the RTD category is Global Brands’ Hooch, currently fronted by the ITV comedian Keith Lemon, revealed in 2012 as the face of the award winning ‘Oooch’ campaign on TV and social media campaign. It recently won Best TV & Cinema Campaign at The Grocer’s Marketing Advertising and PR Awards and has reached 17.5 million UK consumers resulting in a 104% uplift in sales.

He said: “In 2013 VK rocked the RTD category with a revolutionary new range of dual fruit flavoured traditional RTDs, combined with a brighter more contemporary look and feel.  The best performing traditional RTD in the off trade, VK’s updated flavour range delivers on consumer demand for more authentic unusual flavours, making it a perfect drink to maximise on the Big Night In trend which shows no sign of fading.

“Although VK is still performing strongly, Hooch has been a runaway success in 2014. Earlier this year we invested in a multi-million pound TV campaign fronted by ITV comedian Keith Lemon to successfully put Hooch on the lips of a new generation.

“Looking ahead to 2015, Hooper’s is one of the most exciting brands in our portfolio., consistently demonstrating triple digit growth in the off trade and is one of the fastest growing RTD brands in the UK. A traditionally British brand with a unique mix of heritage and quintessentially British flavours, the line up includes; Dandelion & Burdock, Raspberry & Nettle and Cloudy Lemonade, we will be investing significantly in the brand to maintain its position as a leading 500ml RTD brand.

Green added: “The trend for entertaining at home shows no sign of slowing, particularly with 18 – 24 year olds. RTDs present retailers with practical solutions for to benefit from the Big Night In. We’ve made Global Brands’ range of RTDs – Hooper’s, Hooch and VK – as appealing as possible, from their packaging design and choice of  flavours to bottle and can sizes at price points that hold resonance with  this consumer group. This has enabled retailers to maximise sales of Hooch, VK and Hooper’s and has contributed to the significant growth in the off trade RTD market.”