The aluminium beverage can, is the best single serve pack available. It is fully and infinitely recyclable. Each time the can is recycled, it’s carbon footprint is reduced.

However the beverage can cannot really directly challenge plastic bottles for the multi usage drinking occasion, where the consumer uses a container over a period of time, to sip from or to use, store and use again.

To target this market segment, which accounts for a much larger share of throat than that for single serve drinking occasions, a Dutch Inventor, Jeroen Van Goolen, holder of multiple patents has developed the Sav-Ty™ Resealable End System.

Sav-Ty™ is ergonomically designed and easy to use for the consumer. Just flip up its tab on the top of the can, twist a quarter turn to open, drink from the can or pour, and simply reseal.

It is pressure resistant and leakproof, meeting international beverage industry standards and demands for all types of drinks. It can be fitted to any of the current beverage can end shells and onto any can size without the need to adjust the filling line.

The current Sav-Ty™ prototype, with its 2-part injection-moulded plastic design can be clip–assembled or moulded into any beverage can end shell, in which an offset cut-out has been punched. The screw cap is moulded from standard polypropylene and includes a lift-up tab with visible tamper-evident markers. The anti-rotating support and thread are formed in a 2-K mould with an integrated soft seal system. The plastic parts are simpler to produce and, at 3 grams, are much lighter than those used in resealable can ends currently on the market. 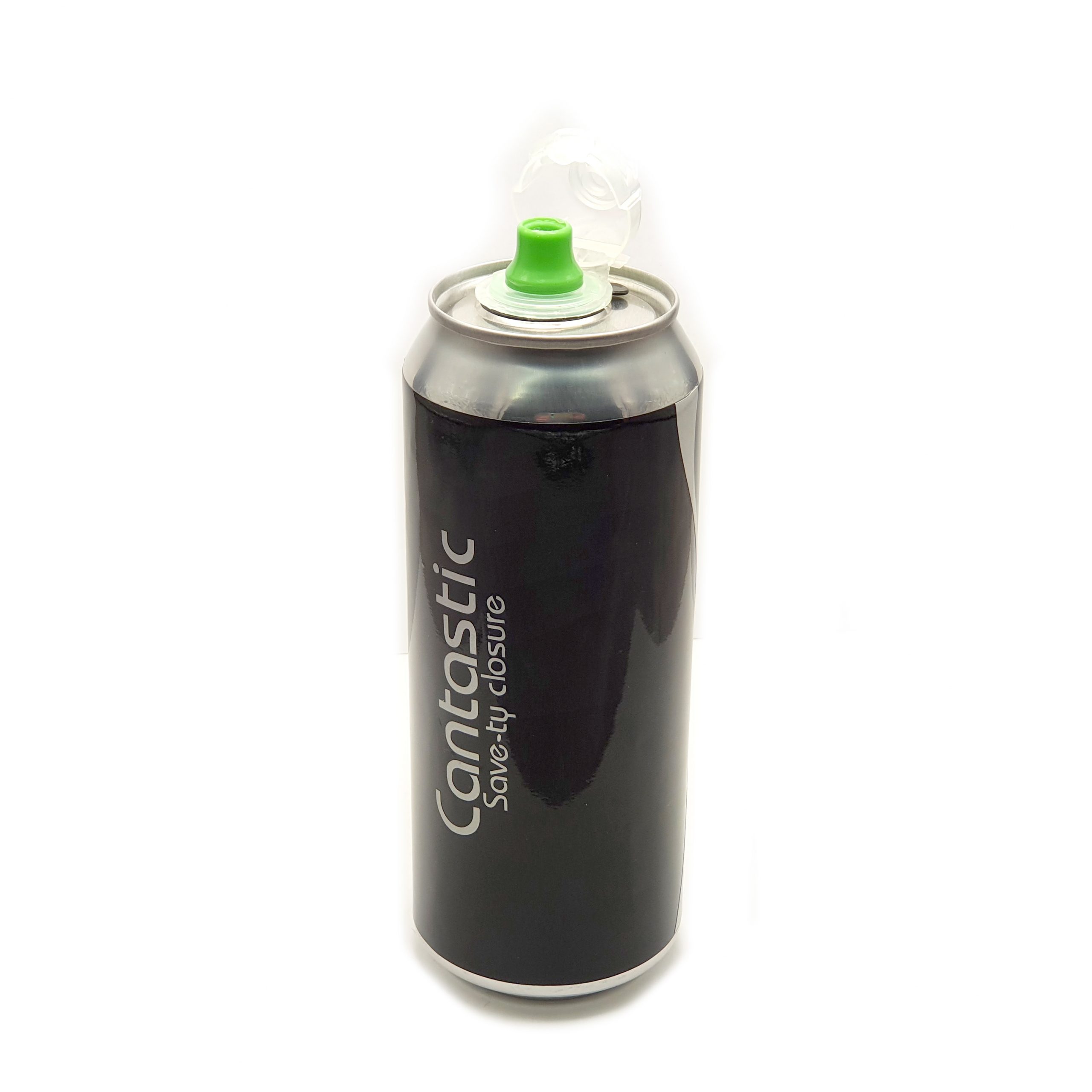 The cost estimate for a beverage can with the current prototype Sav-Ty™ Resealable End System is around 10 cents, making it more competitive with other resealable packages, such as PET plastic and glass containers.

Sav-Ty™ prototypes have been extensively tested to meet international beverage industry standards for carbonated and non-carbonated drinks, beers and water. They are also suitable for hot-filled, nitrogen dosed and pasteurised drinks.

The concept is extremely versatile. Sav-Ty™ can be tethered to its anti rotating support. Its integrated soft seal system can also accommodate a wide range of reusable dispensing fitments, such as sports caps, pumps and spouts to meet consumers’ needs.

Sav-Ty™ concept development continues. Following discussions across industry, on-going progress is being made on a new design with up to 60% less plastic than the current prototype.

The Sav-Ty™ Resealable End System could be used on a can to create a returnable pack. This opens up a realm of possibilities for brand-owners to develop their own sustainable products with an adaptor which could allow easy refilling of cans with carbonated or still drinks in a home or retail environment. It would also allow for the can to be used as a fully returnable cube efficient package in systems set up by brand owners.

Beverage cans have recently been seeing significant growth across North America and Europe,  as well as continued progress in emerging economies. This development has been driven by the very strong sustainability and economic credentials of beverage cans with many new products now only being launched in this format. The Sav-Ty™ Resealable End System opens up the opportunity for a sustainable package for the multi usage drinking occasions currently served by plastic bottles.

More details on the Sav-Ty™ Resealable End System can be found at www.sav-ty.com