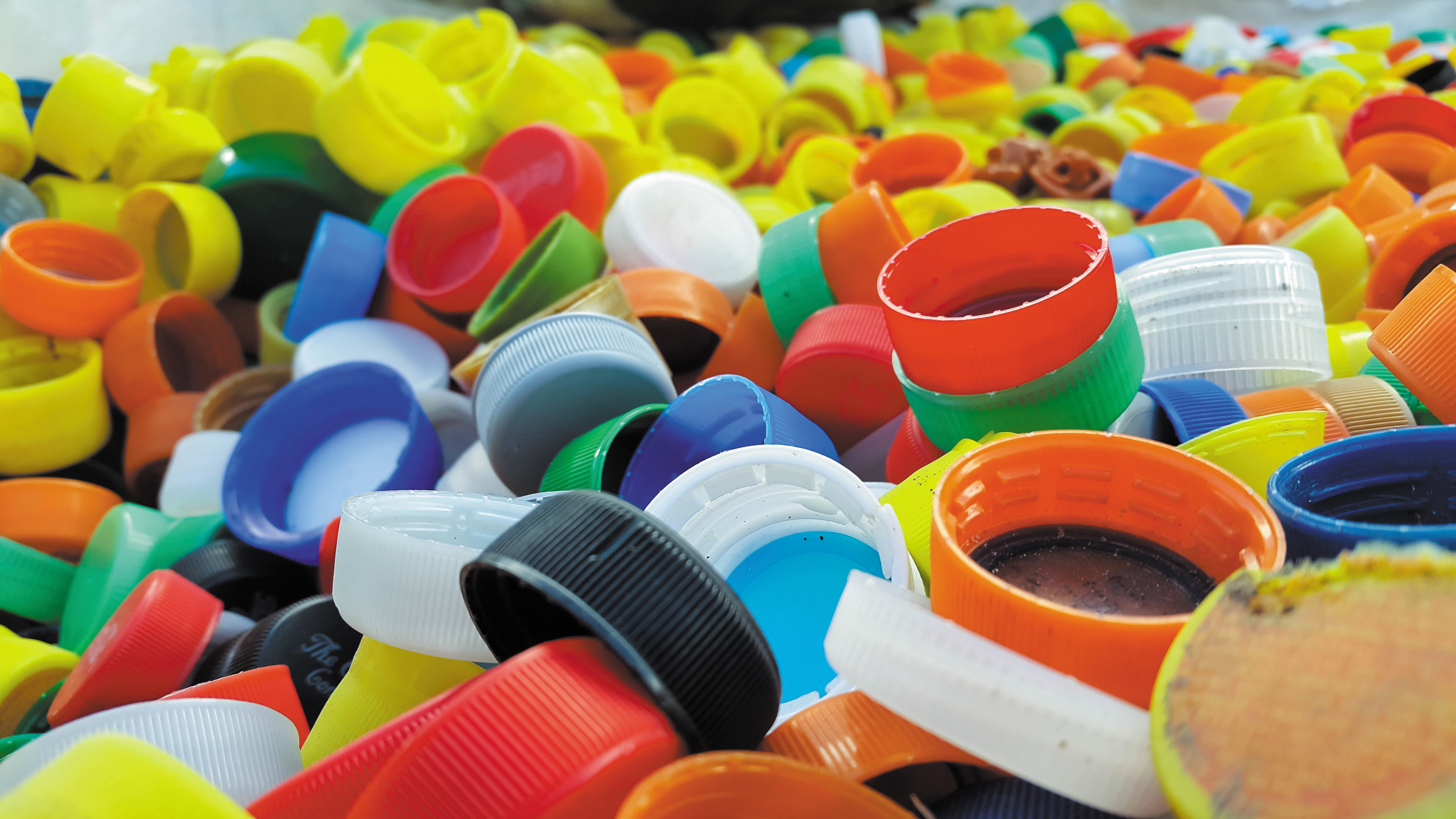 Every week, an incalculable number of screw top bottle caps are discarded without a moments thought

Annual consumption of plastic bottles is set to top two trillion by 2021 according to a Guardian report from 2017, a large percentage of which will end up in our oceans or in landfill.

British inventor Willy Johnson, however, has found an ingenious solution for avoiding plastic waste: a plastic bottle top that converts into a colourful toy brick. The company has been crowned the Bottle-Top Designer of the Year 2019 at GHP’s Manufacturing and Packaging awards. These bricks can be joined together, Lego like, to create towers and shapes. Instead of throwing away screw top bottle caps, they can be utilised as free, educational toys.

ToPo® bottle tops can lock together in two horizontal dimensions but can also join vertically to create all kinds of shapes. Ready to sweep the world with his invention, Mr. Johnson has patented ToPo® in both Europe and in the United States.

“We created a plastic bottle screw top that converts, after its original use, into a ‘collectable’ toy that is both fun and educational, in which children can construct, any amount of different structures, and play both word games and numerical puzzles or make messages and thus stopping the “throwing away” element,” explained Mr Johnson who added: The ToPos are fully recyclable.”

Topo® has been developed in conjunction with well-known design and production consultants, The Renfrew International Group Mr Johnson has already approached a number of children’s charities to climb onboard, particularly with the collection and recycling of the tops.

“Other than the great and important environmental advantages that ToPo® brings, the Golden Nugget is that if one in 100 Tops (ToPos) were to be recycled at the current rate of 10 cents a lb (pound) then $20,000,000 (approx.) would be raised for Children’s Charities, so in effect, children are helping children and the environment. With their help, it is hoped that an industrial change can be made and ‘beverage’ ToPo’s benefits.”

More recently, as a way to deal with the ever-increasing pressure on how to address plastic waste, Tetra-Kap® was also born, which, like Topo®, turns a plastic cap into a collectable educational toy once it has become detached from the container, preventing it from being thrown away. Tetra-Kap® was recently granted a patent in the USA. Tetra-Kap®/Topo® is an important integral constituent to help in the battle to save the environment. The UN estimates that by 2050, at the current rate of plastic finding its way into the Oceans/Seas there will be more plastic “pieces” than fish in the waters, and Tetra-Kap®/Topo® can play a role to alleviate this problem. sToPollutionTM!

For more information go to: www.willyjohnson.com