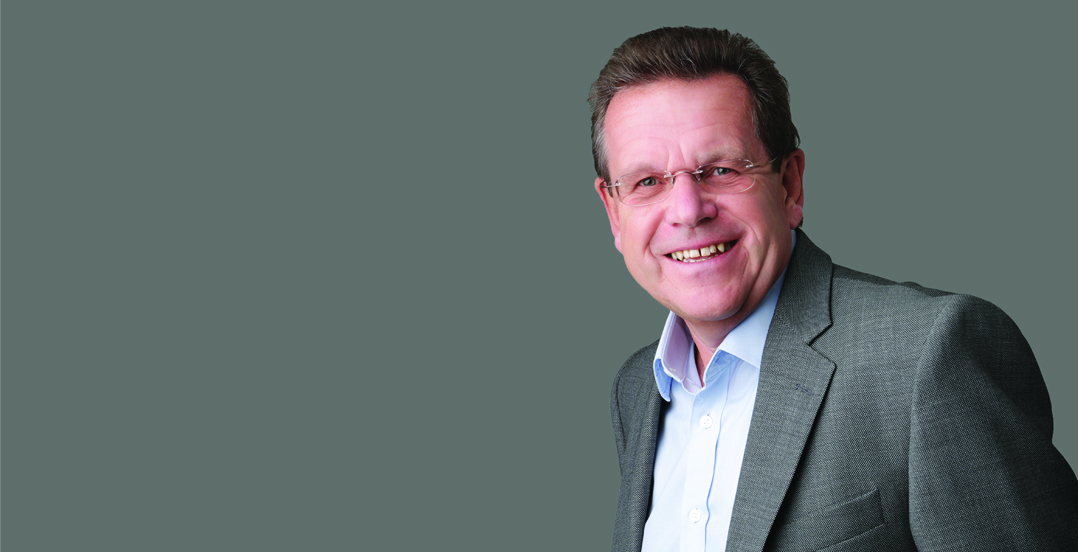 When Richard Harrow started out in the frozen food industry, it was a value-driven category largely confined to fish fingers, French bread pizzas, vegetables, ice cream and oven chips. Three decades later, he finds himself wandering along the frozen cabinets at Waitrose in genuine awe at just how far his industry has evolved.

Harrow is marvelling at the supermarket’s new 24-strong range of ‘five star’ frozen meals: There’s an Italian-inspired pork belly that, having already been cooked ‘sous vide’ for eight hours with garlic, herbs and citrus zest, is ready to be finished in the oven. There’s a king prawn & miso ramen with fresh noodles, broccoli florets and spring onions that’s fit for the table in five minutes. “Frozen monkfish, skate wings with capers, frozen celeriac and diced shallots under a Cooks’ Ingredients range…the biggest thing we’ve definitely seen over the past four to five years is this real shift into higher quality frozen products,” noted Harrow.

“I think the sector, for a long time, struggled with an image of being very low quality, very basic food. But we’re now seeing some quite incredible products break through. Perception has changed…the transformation is nothing short of breathtaking.”

Harrow is the new Chief Executive of the British Frozen Food Federation (BFFF) and his appointment coincides with the industry in the midst of a major comeback. Thanks to ongoing premiumisation, smart marketing and a younger generation demanding quality food – fast, the sector has become the UK’s fastest-growing retail category, worth 8.6 billion and growing four percent annually. “I really could not have landed in the role at a better time,” Harrow told FMCG CEO. “Older generations might still possess a slightly downmarket view of frozen but that’s changing – and the millennials coming in now have a much more open mind. “If they see something they like, they try it. And if it delivers, it really doesn’t matter if it’s chilled or frozen. This represents huge opportunity for our industry.”

With 35 years under his belt, Harrow begrudgingly acknowledges he’s earned “veteran” status in the frozen food game. During that time, he’s pretty much seen it all. His career began with a four-year stint buying frozen vegetables for Froqual. After seven years in sales and marketing at Tendafrost, he spent the next 22 years as Managing Director of Freiberger UK – the ‘go to’ manufacturer of Private Label frozen pizza for most British based retailers. For 13 years, he was also a Non-Executive Director of Stateside Foods. In his latest role, not only does he intend to steer the sector to even greater heights through innovation and variety, he’s determined to showcase and promote the vital role frozen can play in the fight against food waste. “Take vegetables or fruit,” he begins. “We pick at the peak of its crop and we actually manage to lock in all the vitamins and nutrients that don’t degrade in the same way as they do on fresh. Then we put them in convenient sized portions that people can use as much or as little as they like. “I’m still in the process of discovering what members want from the Federation. We exist for our people so I’ve got to be certain that when I stand up and speak, I do so on behalf of them. But certainly, one of my recommendations to them would be that this is something we can really hang our hat on. It gives us a genuine point of difference from the shelf market.” While Harrow accepts he can’t force the nation to buy frozen, he said part of the ongoing message should be to “highlight the benefits” in doing so.

Perception has changed… the transformation is nothing short of breath-taking

“I think that’s definitely going to be one of our key themes in the coming months and years,” he said. “I intend to get out there and talk to retailers, talk to caterers and say look guys, we can genuinely help you address this food waste issue.”

As the leading trade association for the frozen food industry, The BFFF boasts 300 members across the entire cold chain. “They’re operating in an increasingly complex environment,” said Harrow. “Whether that’s labelling requirements, whether that’s reformulation because of requirements by Public Health England, lower calories, lower sugar, lower salt.
There’s so much happening.”

But he adds: “Funnily enough, people are actually quite buoyant. it’s a challenging market in terms of profitability but let’s not hide the fact…these are tough times whether you’re in retail or outdoor home. I think the ones that seem to be winning are those that are working hard to drive good NPD, relevant NPD.”

Aside from the ready meal revolution, there’s a host of categories driving the frozen food revival, not least the vegetarian and plant-based market. After Harrow had finished roaming through Waitrose on a recent tour of its frozen category, even he professed to being “quite surprised” at how large the meat-free and free-from sections had become. “We’re more than capable of offering very high-quality products across this area for consumers…and we’re ideally positioned to help drive its growth.”

He added: “If we take the combination of a real focus on controlling food waste, aligned with quality product development, I would hope that both consumers and chefs start to see frozen food playing an even greater role in their repertoire.”