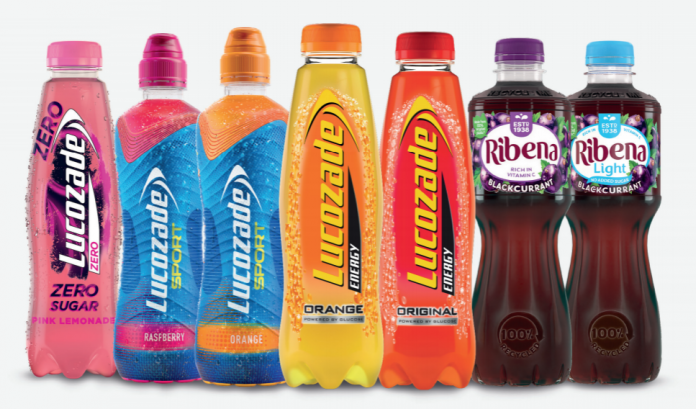 British home-grown drinks brands don’t come much bigger than Lucozade and Ribena. While the former is fast approaching its 100th anniversary and the latter is well into its eighties, this iconic duo are still very much Peter Harding’s ‘babies’.

When GlaxoSmithKline sold both to Suntory Beverage & Food for £1.35 billion back in late 2013, Harding not only managed the sale but migrated across from the healthcare giant to become their chief custodian.

In the seven years since, Suntory’s now European CEO has overseen historic sugar cuts, bold revamps, factory overhauls and an ongoing multi-million pound sustainability drive – all whilst painstakingly preserving the rich heritage of the brands.

In the past few months, Ribena has undergone one of the most significant makeovers in its history as the company creates ever-more sustainable packaging using a refreshed portfolio of drinks to do so. Now Lucozade has stepped up to the stage, sporting a new £6 million redesign: by the end of this year, the Lucozade Sport bottle will be made from 100 percent recycled plastic in a move that Suntory says will save 3,400 tonnes of virgin plastic annually.

“It is our founding promise to coexist with people and nature. Plastic waste is not acceptable – and we are investing to find new and innovative solutions to address this global issue,” said Harding. 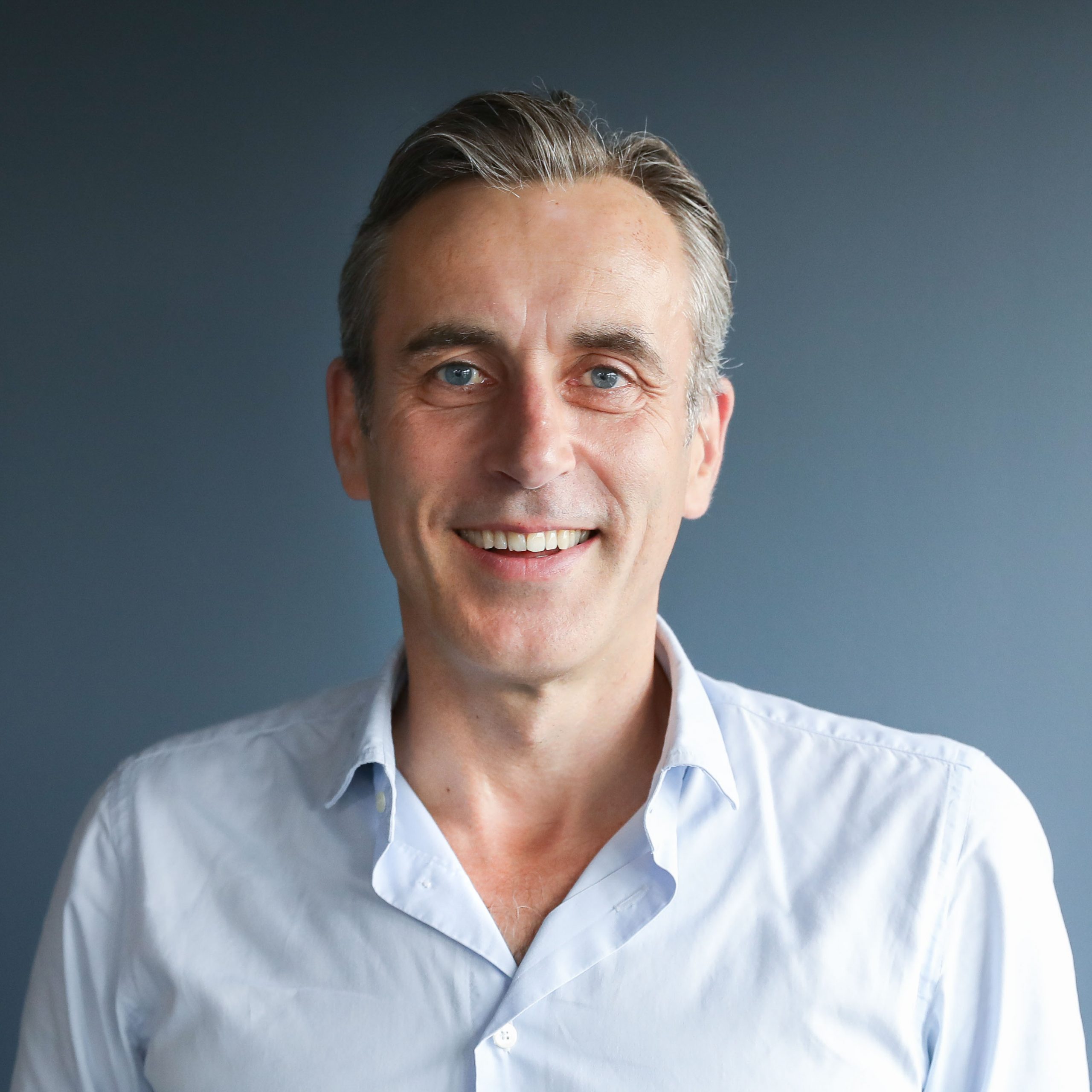 He added: “Our priorities are limiting our impact on natural resources, eliminating waste and reducing our carbon footprint. The changes and innovations we are making are massive – they are set to remove thousands of tonnes of new plastic made from fossil fuel from our manufacturing operations every year.”

Ribena was created by University of Bristol scientist Dr Vernon Charley and launched in 1936: because it was so rich in Vitamin C, it was later handed out to children, for free, during the Second World War.

Lucozade’s history stretches even further back. Glucozade, as it was originally known, was made in 1927 by William Owen, a Newcastle based chemist who had wanted to invent an energy source for sick people recovering from illnesses such as colds or flu. 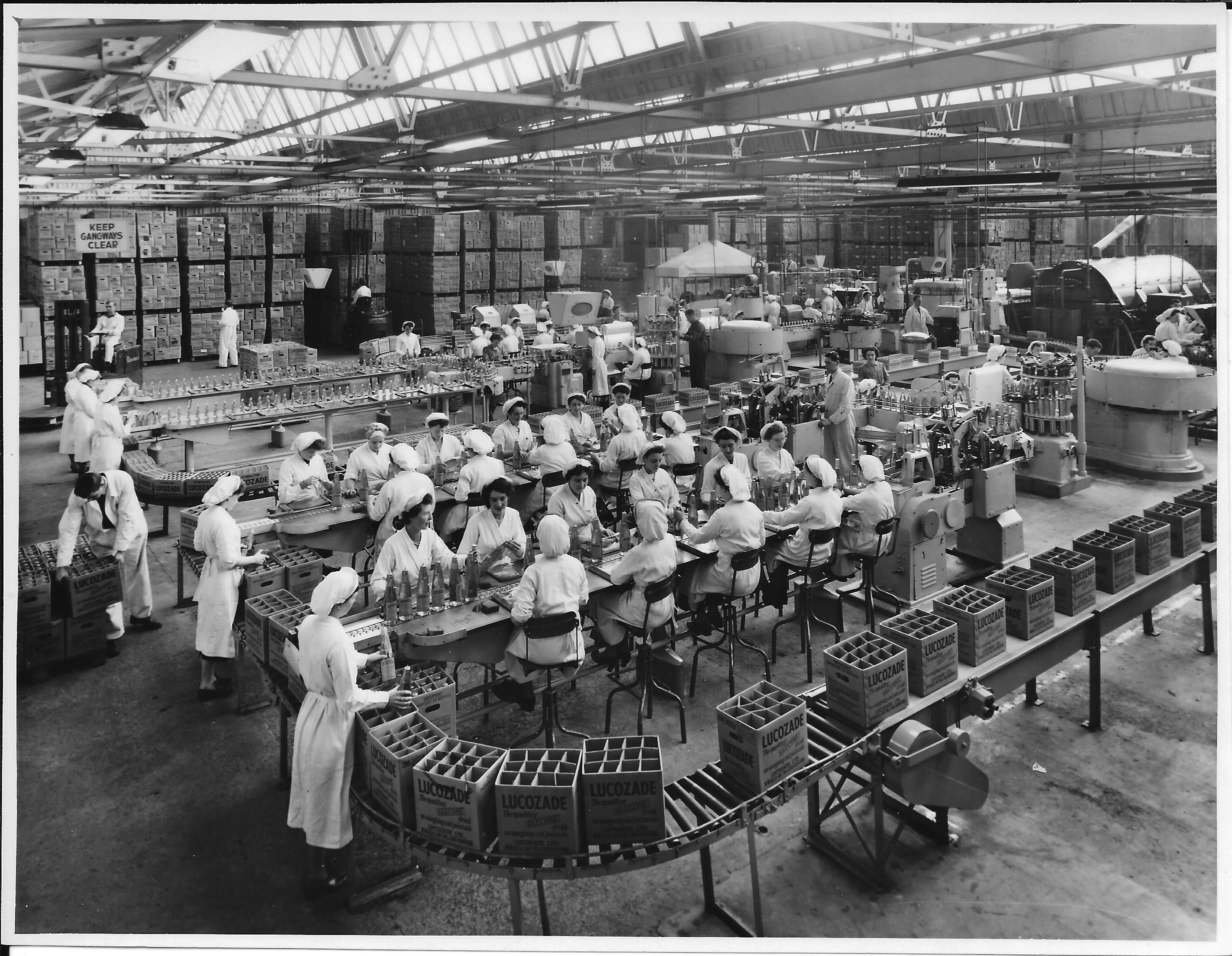 While the drink spent the next 50 years in pharmacy windows and hospital wards as a symbol of recovery, an eighties rebrand saw it transformed into a sports drink. From there, its traditional glass bottle, wrapped in yellow cellophane, was phased out for a slicker plastic design and new range of flavours.

Although the modern day bottles have long been recyclable, the latest vessel will be made entirely from recycled plastic. It will also carry new-look labels which feature on-pack recycling prompts, ensuring it can be sorted into the clear waste stream to be recycled back into bottles at UK recycling centres. 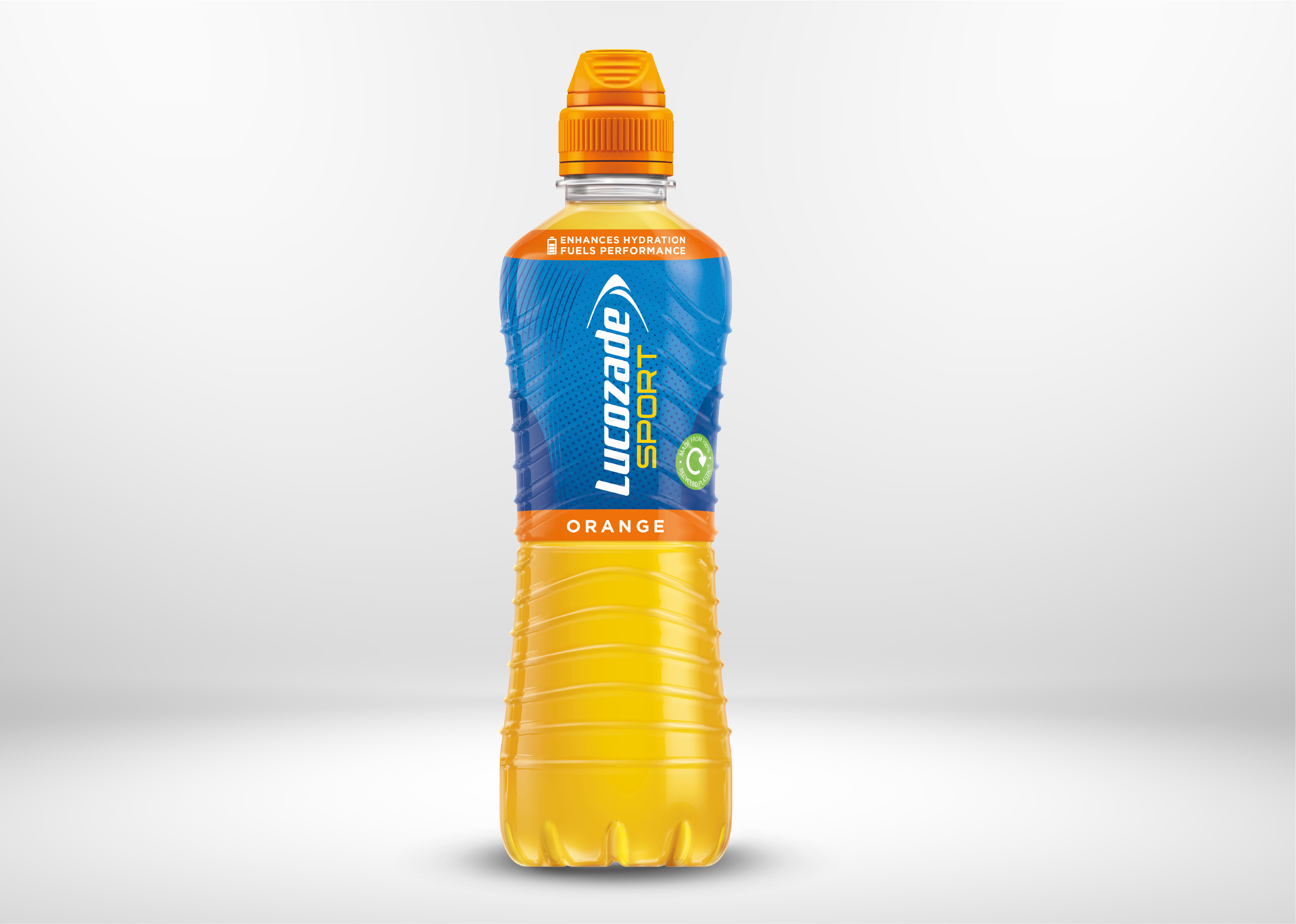 Designing for circularity, however, is just one piece of the sustainability puzzle. The company has an existing commitment to reduce net zero emissions across its entire value chain by 2050.

Toby McKeever, Chief Operating Officer at Suntory Beverage and Food Great Britain & Ireland, told FMCG CEO: “We are making good progress and track our carbon footprint in order to ensure we are transparent in our annual reporting. We recently concluded deals that see us purchase uniquely renewable energy for our electricity requirements across 100 percent of our sites.”

SBF GB&I’s new bottling line, which uses 40 percent less water and energy, was installed in 2020. McKeever added: “We’re also optimising the number and location of our warehouses to reduce distances travelled by our drinks and are excited to be trialling the use of electric vehicles within our field sales fleet.  Other exciting initiatives that we’re exploring include solar energy and robotic forklifts in our new warehouses.”

Lucozade Sport’s new bottle and reduced sleeve design have been endorsed by a raft of recycling organisations, including the Recycling Association.

“We have been critical in the past of brands using a full plastic sleeve around their bottles,” said Recycling Association CEO Simon Ellin.

But he added: “Suntory Beverage and Food have gone above and beyond remedying this in their re-design, by not only minimising the plastic sleeve, and ensuring the whole bottle is recyclable, but they’ve moved to using 100 percent recycled material in its manufacture too. This is market leading and we fully applaud them for their efforts.”

The redesign investment has even attracted praise from within government.

Rebecca Pow, Environment Minister said: “I am pleased to see Suntory Beverage and Food make this investment into their Lucozade brand – this is exactly the sort of ambitious leadership we need from industry to ensure more materials are recycled and reused.”