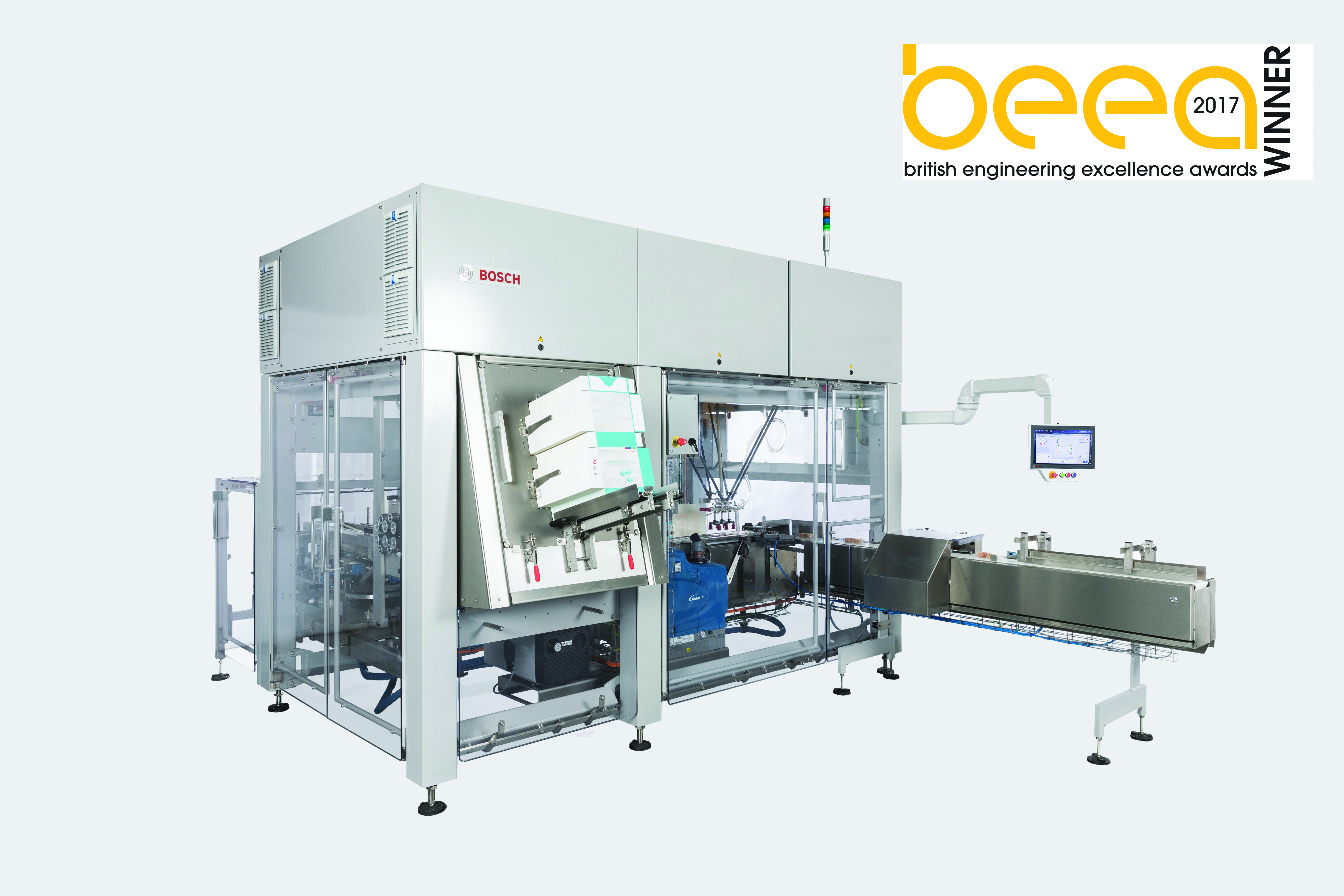 Increasing convenience and efficiency is a top priority for suppliers of packaging equipment to food producers. For products placed into cartons, fully automatic and integrated carton forming, loading and closing solutions can have a significant impact on line speed while utilising minimal space. A large carton size range also allows manufacturers to save production space and increase product output without compromising on quality. With its recent successful introduction to the market, the award-winning Kliklok ITC (Integrated Topload Cartoner) is a good solution.
Integrated for modernized operation
Producers of confectionery, cereal bars, bakery products and biscuits will benefit the most from the ITC, as its principal function is to form topload style cartons or trays and automatically load wrapped products into them, before closing if required. This single, fully integrated solution performs these three main functions – carton forming, loading and closing – using just one HMI touch screen. This enables manufacturers to reduce their production line footprint, avoiding the need to source and interlink three separate pieces of equipment and associated conveyors.
The Kliklok ITC offers the flexibility to change formats and run a variety of carton styles and products, be they flow wraps, roll wraps, or tablets. Cartons are fed using a reciprocating carton feeder, and are formed using a motion profiled vertical plunger. Either lock or glue cartons can be formed on the ITC, and four possible carton styles can be incorporated within a single or twin infeed model: three-flap carton with full flaps, three-flap carton with economy flaps, a single-flap carton or a tray. Once the carton is formed, an intelligent transport system is used to carry it independently through the machine loading and closing module.

The next step is the automatic loading of products, which is an integrated function of the machine which uses proven robot technology. The appearance of this robot is similar to an inverted three-legged tripod. The three segments or “arms” move independently of one another but share a common connection, the “robot hand”. This is moved by either extending or retracting one of the segments and enables the robots to reach every point within their range at the same speed at high accuracy. In contrast to conventional robots, they do not need to struggle against gravitational and inertial forces and are therefore capable of extremely high speeds. In addition, the robots used in ~
the ITC are able to track the carton transport system and load products ‘on the move’,
an advantage over two-axis robots which
can only load stationary cartons.
For the carton closing operation, the ITC has a simple lugless design which eliminates carton carrying lugs, driven chains, mechanical transfers and timing flaps. Instead, the closing section uses easily replaceable high-friction belts to quietly convey cartons out of the machine, effectively reducing any carton marking and product damage.