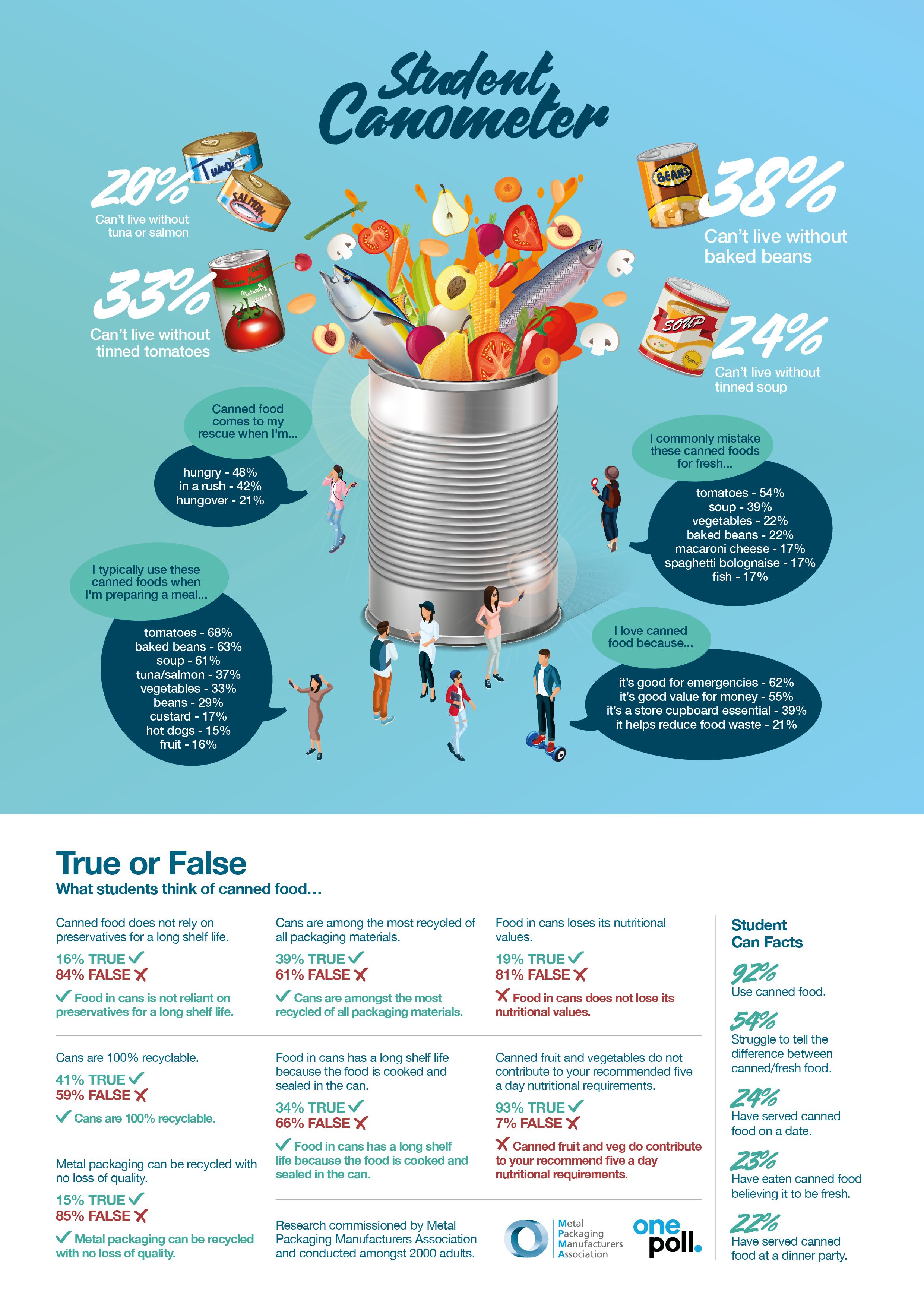 Research reveals that 92% of students use canned food, but many fail to grasp its nutritional and recycling attributes.

Findings of a new survey which suggests that canned food is top of students’ shopping lists. According to the survey, students average nine food cans in their kitchen cupboards at any given time, showing just how central cans are to cooking in student halls and houses across the country.

The top three canned food students can’t live without are baked beans, 38%; tinned tomatoes, 33%; soup, followed by canned fish such as tuna or salmon. But despite their fondness for canned food, many students appear ill-informed about the wider benefits of canned food beyond their convenience and value for money.

Over 93% of students are unaware, for example, that canned fruit and veg can contribute to their recommended five-a-day nutritional requirements. And 84% are mistaken in thinking that canned food relies on preservatives for its long shelf life. Further, 66% don’t appreciate that food in cans has a long shelf life because the food is cooked and sealed in the can.

Given their known concern for the environment, it’s surprising too that just 41% of students know that cans are 100 per cent recyclable; and while 39% believe correctly that cans are among the most recycled of all packaging materials, just 15% appreciate that they can be recycled with no loss of quality.

A spokesman from the Metal Packaging Manufacturers Association, which commissioned the research amongst 2000 adults, said: “It’s great that canned food features so prominently in student kitchens and I’m sure that students, and indeed their mums, will be thrilled to now know that canned food contributes to their nutritional needs and ticks the sustainability boxes too.

“Students looking for quick, easy and nutritious meals they can make from canned foods, should visit www.cannedfood.co.uk/recipes for the latest student recipes from Canned Food UK.”