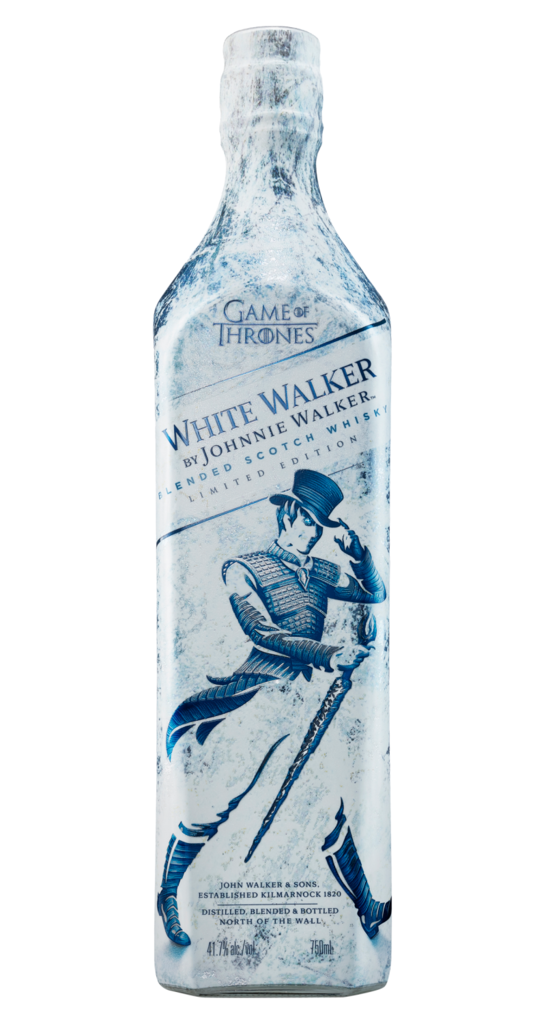 Diageo, the world’s largest spirits company, revealed double-digit growth in its global operating profit as a Johnnie Walker marketing tie-up with the blockbuster TV show Game of Thrones helped drive US sales. The international drinks giant, which is also Scotland’s largest whisky producer, posted earnings of £2.4 billion for the half-year to 31 December, an 11 percent rise year-on-year. Overall net sales rose by 5.8 percent to £6.9bn despite the impact of “unfavourable” exchange rates.

The clever collaboration with cable and satellite television network HBO and Game of Thrones, played its part. The limited edition ‘White Walker’, by Johnnie Walker, was released in the UK in October last year and was inspired by the White Walkers – an ancient race of humanoid ice creatures that appear in the show. Global Johnnie Walker revenues subsequently rose by 9 percent. Diageo is set to invest £185 million across Scotland in the year ahead, including a new global visitor attraction for Johnnie Walker in Edinburgh and the revival of the iconic lost distilleries of Port Ellen and Brora.

“Diageo delivered broad-based volume and organic net sales growth across regions and categories, said the company’s Chief Executive Ivan Menezes. “These results are further evidence of the changes we have made in Diageo to put the consumer at the heart of our business.”

The company has talked down possible Brexit upheaval, arguing a no-deal scenario would have “limited” effect on its supply chain, adding there was “appropriate stock levels” to mitigate any risk.