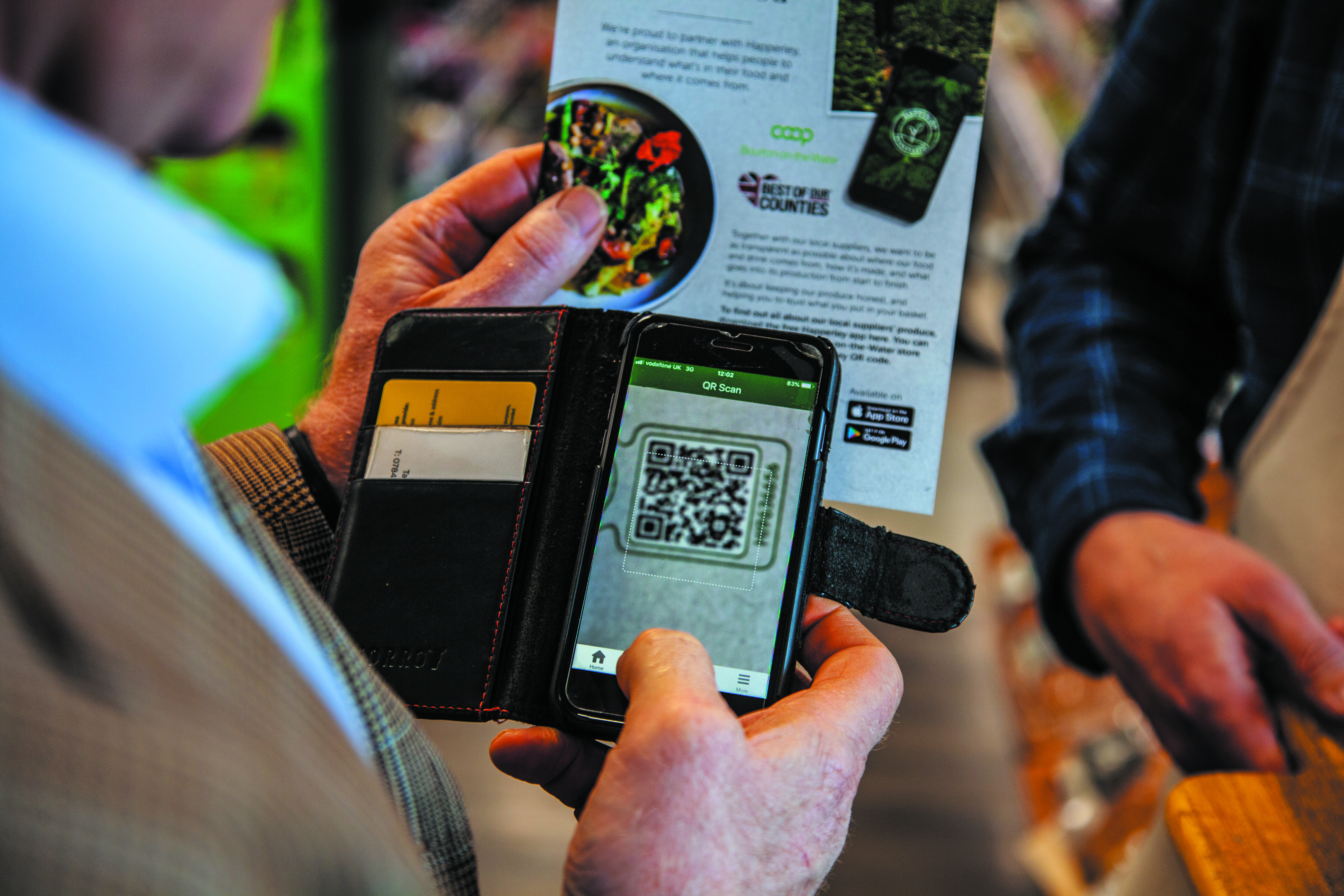 New provenance-scanning technology is enabling shoppers to view the journey of their food.

A Cotswolds supermarket has become Britain’s first retailer to make it mandatory for suppliers to tell shoppers where ingredients are sourced from. The Midcounties Co-operative in Bourton-on-the-Water, Gloucestershire, requires suppliers to publish – and prove – where they source all food.

In a bid to deliver consumer transparency throughout the food chain, QR codes are available at point of sale so shoppers can view the ingredients supply chain of their produce via an app that’s free to download on android and iPhone devices. The initiative signals a major milestone for Happerley, the organisation that’s created the concept to develop greater honesty around the farm to fork journey.

Happerley founder Matthew Rymer said: “We’ve developed the QR technology to be accessible to any food and drink supplier. It’s a no-brainer in terms of benefits. The Happerley mark shows the supplier has no need to hide its ingredients and that there’s a value to its ingredients that it is keen to reflect. Ultimately, we want this to be a sign of reassurance.” The technology was launched with a guest panel discussing eight points of consumer interest; communities, sustainability, packaging, welfare, environment, energy, nutrition, and education. Phil Ponsonby, who is CEO of Midcounties Co-operative, said he was proud his store could provide “traceability” around locally sourced products,” adding it’s “something consumers are increasingly becoming more aware of.”

Peter Jinman OBE, who is Chairman of Happerley’s Advisory Board and Defra’s Farm Animal Welfare Committee, added: “If you’re not sure where your produce has come from, how can you be sure that the animal has been looked after? Ensuring openness will help the consumer to feel confident about the animal welfare on the farm where the produce has come from. The whole chain from producer to consumer will work better.”