Bakers and consumers losing out as property inadvertently left with charities 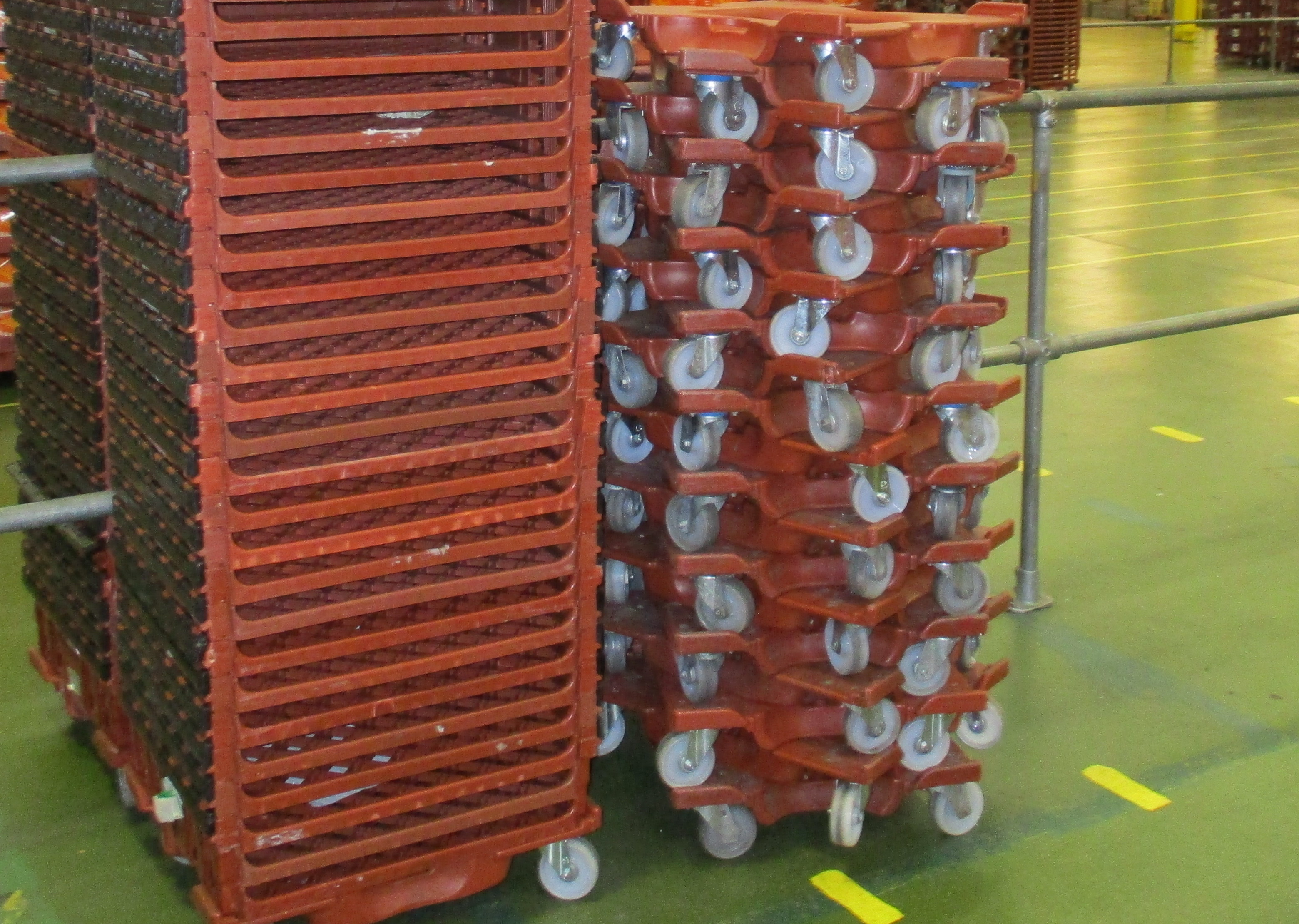 With more and more retailers and food firms increasing the amount of unsold food donated to homeless shelters, food banks and similar not-for-profit operations, Bakers Basco, which owns and licences a pool of industry standard baskets and dollies to bread manufacturers, has seen an increase in the number of its baskets and dollies – the wheeled trolleys used to move the baskets – end up with charities, rather than being returned to the bakeries which paid to rent them.

In addition to foodbanks, homeless shelters and soup kitchens, the baskets also frequently end up at school fairs and charity jumble sales, passed on with donations.

Steve Millward, General Manager of Bakers Basco, urged charities that end up with the property inadvertently, for example when food has been delivered to them, to call or go online, using the contacts details printed clearly on the baskets and dollies, so they can be collected from them free of charge.

He said: “Our baskets and dollies are designed to be used in the food supply chain for up to eight years, so if they are taken out of circulation, it’s an added cost for bakers, retailers and, ultimately, the shopper.”

The text embossed into the design of each basket carries wording to the effect that unauthorised possession constitutes an offence and contact details are provided so the equipment can be returned. Bakers Basco can arrange a collection from anywhere in the UK.

Bakers Basco was set up by five large bakery companies 10 years ago to manage and license a pool of four million bread baskets and dollies for the use of bakers. This allows for sharing of costs, a common design which optimises space in delivery vehicles (hence reducing ‘food miles’) and a reduction in waste from disposable packaging ending up in landfill.
The company currently manages a pool of approximately four million Omega Baskets, which are used by bakers
including Allied Bakeries, Fine Lady Bakeries, Frank Roberts & Sons, Hovis and Warburtons.